I arrived at Mule Springs last night well past 9 p.m., and as I opened the gate, I was greeted to a prairie alive with singing frogs.  If the gate had been open, I would have driven in and missed a symphony –missed the sparkling stars dotting a black sky.

During the day this prairie, which spreads out like an open fan from the proposed house site, supports meadowlark.  Often I see the black and yellow robin-sized state bird sitting on big rocks and topping fence posts with its mouth agape and pouring forth a gorgeous melody.

This year the prairie ground is furrowed and bare dirt is more prevalent than plant covering, because we killed much of the cheatgrass and medusa head weeds last year.  And weeds are pretty much all we had growing on the upper prairie due to the mules’ long term heavy grazing. Last month Bruce rented Wasco County’s range drill, and he and some helpers disked native grass seed into thirty acres of our land. Plus they planted 500 shrubs into five draws.  Our weed consultant said, “Just leave for a year, because if you look at the land [before then], you will be disappointed.”  It takes two years before the native grasses will rise, flourish and out-compete the weeds.  If Bruce’s vision is realized, the prairie will eventually support many more birds than meadowlark and western bluebirds.  He hopes for quail and gray partridge too. 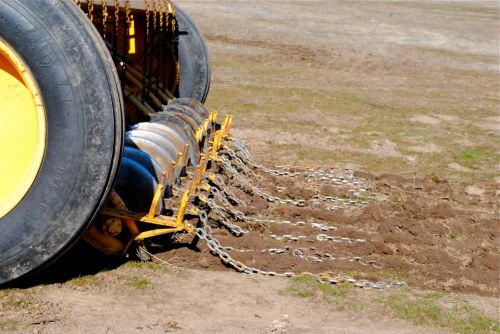 12 thoughts on “Weeds to Seeds”