Bruce’s mother, Libby, passed away quietly on her birthday in The Dalles, Oregon. She was one hundred and one years old. 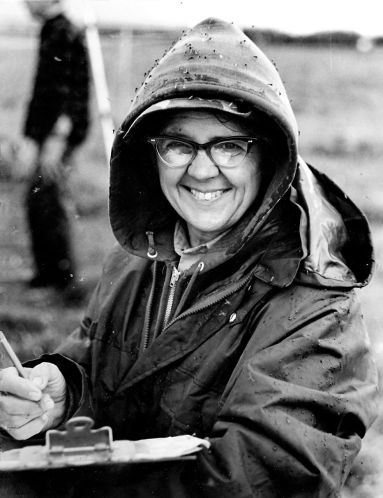 With her husband, Charles, built a reputation as two of the nation’s foremost experts on American wildlife. She gave up her position at the University of Missouri when they married, and together they began their careers with the Missouri Department of Conservation –Charles as a first-generation biologist and she as his assistant. For more than 30 years, they conducted landmark research on greater prairie chickens and box turtles, and they made award-winning films and documentaries. They also wrote and illustrated many books, including a series of children’s books. When her husband died in 1991, Libby continued working to complete their final collaborative project, About Mammals and How They Live, a companion book to their very successful The Wild Mammals of Missouri. Libby played an integral part in the Department’s history, and she inspired and paved the way for future generations of women to pursue careers as wildlife professionals. (Missouri Dept. of Conservation)

Bruce and I just returned from Missouri where we gathered with Bruce’s brother and sister and their families to celebrate Libby’s long and well-lived life. During our five days in Missouri’s capitol of Jefferson City, we toured the capitol, and saw old friends from Bruce’s elementary school, college, and medical school. We visited the neighborhood where Bruce grew up and we passed by his high school.

We attended the Missouri Department of Conservation’s induction of Libby Schwartz into the Missouri Conservation Hall of Fame (see text above), and twenty of us floated the Meramec River, a river beloved by Libby and Bruce’s father Charlie. There over its gently flowing waters, we released Libby’s ashes to symbolically join with Bruce’s father ashes, since they were spread in the river after Charlie Schwartz died in 1991. 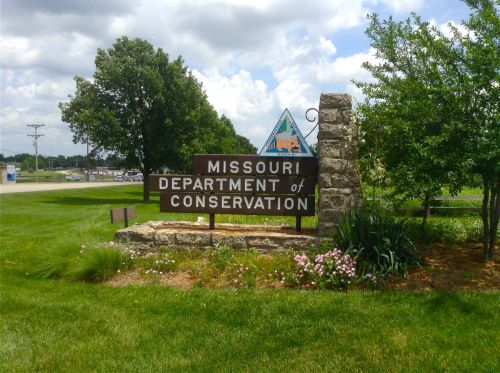 Throughout our trip, I captured pages of observations, interviews, and narratives, and I thought I would share with you a few quotes from family and friends about Libby. 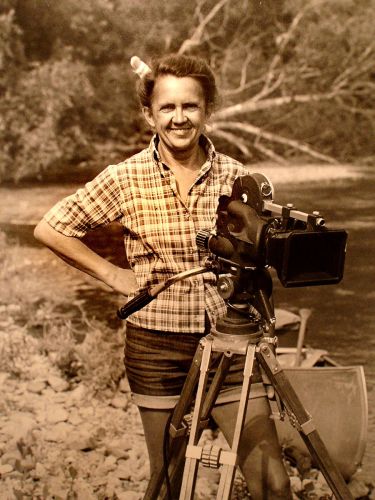 “She was just so sweet, so genuinely sweet; she was also educated. Camping, duck camp—-trips with her were like going to science camp.” (Granddaughter)

“She was quiet and studied everyone and everything.” (Granddaughter-in-law)

“She was always so good-natured—so content—rolled with it, happy to be with you doing whatever.” (Grandson)

“Turned every situation into a learning opportunity.” (Granddaughter)

“So scientific, but warm—sort of an introvert, and you kinda had to approach her, but once you did, it was so easy to talk with her.” (Granddaughter)

“Witty to the end.” (Colleague)

“There’s only one of her.” (Colleague)

When I think of Libby, the first word that comes to my mind is “composed.” She was reasonable, balanced, and poised in the greatest sense of the word.

I see Libby sitting, the week before her death, at the piano in her assisted living facility as she gently taps out a song on the keys while other residents sit around listening from their wheelchairs. And, I recall the powerful image of Libby’s hands softly clasped — one hand cupped over the other– in a manner of repose the moment she took her last breath.

Memories wash in and out as I think back over the twenty plus years I knew Libby. Before marrying Bruce, she and I talked. The topic of the difference between my age and Bruce’s age came up. He is 19 years older than me, and I wondered if I would be alone sooner rather than later? Her response surprised me. Libby said, “well, it would be better to have ten good years with him than to have none at all.” This “go for it” point of view seemed to encapsulate her approach to life. She encouraged all of us to follow our vision–whether in our personal life or career. She supported moving ahead, “and” she expected one to take the good and the bad our decisions might bring.

Twenty of us float the Meramec River on the last day of our Missouri visit. After swimming in its slow warm waters, and laughing, and watching for familiar birds and listening to their songs, and telling stories about Charlie and Libby, John spots a place to rest. One by one eight canoes arrive and land on the gravel bank. Teal, my stepdaughter, and Bruce set out twelve blue plastic cups and they make gin and tonics for all the adults. The great-grandchildren bob in the water. Charles, a grandson, plays meandering melodies as he sits in the sand plucking the gut strings of his classical guitar. The time is easy and relaxed, but expectant. 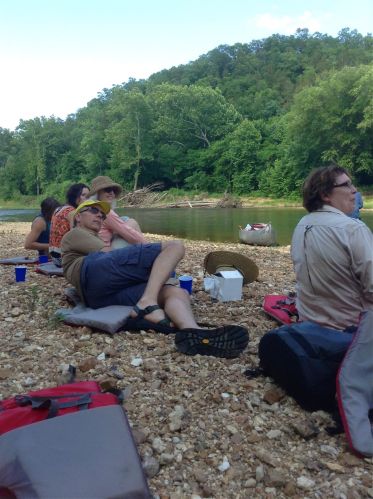 Barb, Bruce’s sister says a few words; then John and Bruce speak. Afterward these three stride into the river—arm in arm, and as one throw Libby’s ashes toward the water. For a moment the chalky powder floats, then it disperses and vanishes downstream.

Later on that Evening

Driving back to St. Louis later that evening we encounter a terrific thunderstorm with lightning and blinding rain. A flood warning is issued for the Meramec River. At times the rain is pounding so heavily, cars have to pull over on the side of the freeway. Bruce, Teal, and I explain this monumental storm as a sign that Charlie and Libby are now reunited on the river they love.

We guess tonight Charlie and Libby are camped; we envision them snug in their tent; the campfire emitting a faint glow soon to be doused; lightning is crackling the sky, . . . dancing, as it fills the gravel bar, the woods, and the canvas walls of their tent with bright light.

when everything is done with all due care, and all the items from the day have been put away, and the campsite has been well chosen to withstand storm and flood,